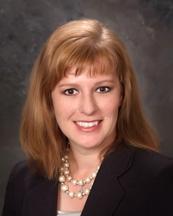 Anne Montgomery is a Northwest native who came to Kitsap County in 1992. She graduated from the University of Washington in 1989 with a bachelor’s degree in Political Science and attended the University of Puget Sound School of Law, graduating in 1993.

She came to Ryan Sells Uptegraft, Inc. P.S., as an intern in 1992 and in 1997 became a partner of the firm. Her practice emphasizes water and wastewater law, employment, probate & estates, dependency & CPS matters, and equine law.