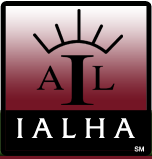 The IALHA Registry is dedicated to the preservation of the true bloodlines of the Spanish, Portuguese and Spanish/Portuguese Horse in the United States. This trust has been taken very seriously since the founding of the first Registry in the United States in 1966. The Studbooks of the two Mother Countries were the foundation of that first Registry. In 1995 the two existing Registries ( IAHA and AAHA) were combined to create IALHA.